As of 29 November 2016, the Intra-Corporate Transfer Directive (Directive 2014/66/EU) must be implemented in Dutch national laws. The Directive was adopted by the European Council already in 2014. This ICT Directive provides companies from outside the European Union with an entity in a EU-member state with the possibility to temporarily second managers, specialists or trainees to this entity in the EU.

Current Dutch legislation facilitates the transfer of intra-company employees. As of 29 November 2016 these regulations will change as the Dutch government should transpose the articles of the Directive into Dutch law by that date. A failure to do so will make the articles in the Directive directly binding in the Netherlands. This means that one way or another, the current ICT-rules will change.

A draft decision of the Dutch government on how the Directive should be implemented already exists, but its content is not known yet. On the basis of the Directive, we can identify the following changes to the current rules:

Valegis Advocaten will closely monitor the developments. If you would like to receive more information, please contact our Corporate Immigration Team via: r.wolters@valegis.com en a.deruijter@valegis.com. 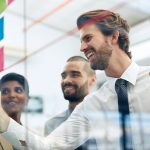 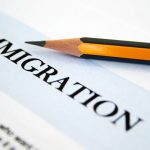